What is Boyfriend of Steel?

Boyfriend of Steel is a fangame for the cultural landmark anime series, Neon Genesis Evangelion, which borrows from the premise of its officially licensed spinoff games, Girlfriend of Steel and Girlfriend of Steel 2nd. It is a project created by and for LGBTQ+ fans of the show which hopes to explore its queer themes, which are often left underexplored in canon material, more in-depth. Despite having two canonically LGBTQ+ male characters within the text of the show and movies (Shinji and Kaworu), Eva’s marketing tends to dance around their queerness just enough to give anti-LGBTQ+ viewers enough plausible deniability to maintain them as an audience. The result of this is homophobia directed not only at the show’s characters, but at queer fans or allies who acknowledge the LGBTQ+ themes. Kaworu and Shinji’s sexuality has been the subject of debate for over 20 years because of the culture that "leaving things up to interpretation" has cultivated. This fangame seeks to give LGBTQ+ fans more explicit representation by allowing Shinji to pursue not just Kaworu, but all of Eva’s school-age male cast, as romantic options. 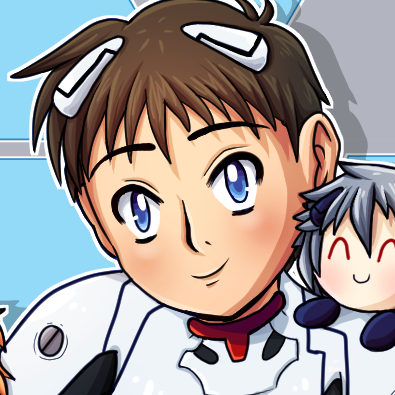 * This demo is proof of concept which is temporarily using assets from official Evangelion properties. Build, assets, and story are not final.